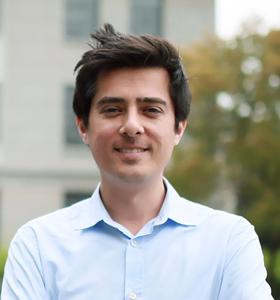 Tim Byrnes is an Associate Professor of Physics at NYU Shanghai. He is also Visiting Assistant Professor at the National Institute of Informatics in Tokyo, Japan. He holds a PhD from the University of New South Wales in Sydney, Australia.

Tim Byrnes completed his Ph.D. at the University of New South Wales in Sydney, Australia in the fields of condensed matter physics and high energy physics under the supervision of Prof. Chris Hamer.  During this time he worked on applications of DMRG (Density Matrix Renomalization Group), a powerful method for solving 1D quantum many-body problems, to lattice gauge theories.  He then moved to Tokyo, Japan to commence a postdoctoral fellowship with Prof. Yoshihisa Yamamoto in the field of quantum information at the National Institute of Informatics and the University of Tokyo.  There he worked on topics related to quantum simulation, such as methods of solving lattice gauge theories on a quantum computer, and semiconductor implementations of a quantum simulator.  He has worked on the theory of Bose-Einstein condensation in exciton-polariton systems, such as the BEC-BCS crossover and applications to the generation of non-classical light.

He is now Associate Professor at NYU Shanghai, where he examines Bose-Einstein condensates for various applications in quantum information technology.