When asteroids hurtling through space enter the Earth’s atmosphere, they burn up. That extended burn is commonly referred to as meteors, or shooting stars. But what happens to these shooting stars after that flash of light and heat? Scientists who study meteorites -- the fragments of meteors that land on earth -- will note that they usually end up cone-shaped.

A group of NYU scientists, including NYU Shanghai Professor of Physics and Mathematics Jun Zhang and NYU Associate Professor of Mathematics Leif Ristroph, doctoral student Huang Jinzi, and undergraduates Khunsa Amin and Kevin Hu have figured out how the physics of flight and fluid dynamics taking place in the atmosphere lead to this transformation of meteors into cone-shaped meteorites. Their research offers new insights into how stability and erosion during flight ultimately result in an “ideal shape” for meteorites as they tumble through Earth’s atmosphere, and have recently published the results in the journal Proceedings of the National Academy of Sciences (PNAS). 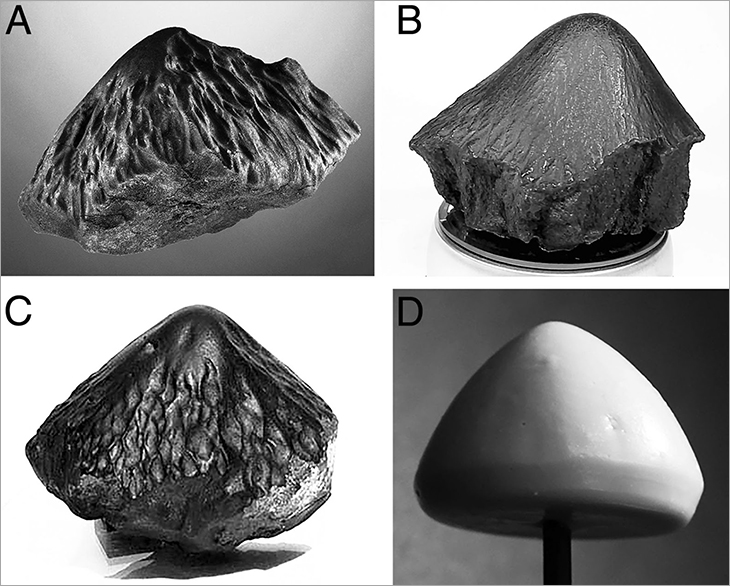 Zhang says their contribution to the research is related to an erosion study conducted in  2012. “We saw a connection between the reshaping aspect and the mechanism for stability,” says Zhang. "In 2012, we found that any shape one presents in an open flow will be reshaped and polished by the flow, and will lead to a cone shaped structure...Along the way, we realized there might be a connection between what we have been studying in the lab and the shooting stars.”

To explore the mechanisms that produce cone-shaped meteorites, the researchers mimicked atmospheric conditions in a controlled environment. The study was comprised of two different sets of experiments. In the first, clay objects were placed and subjected to a steady flow of water. The flow of water served to mimic the relative flow of air in the atmosphere against meteorites. In the second, different shaped cones were dropped into water to observe how stable they would remain in freefall. 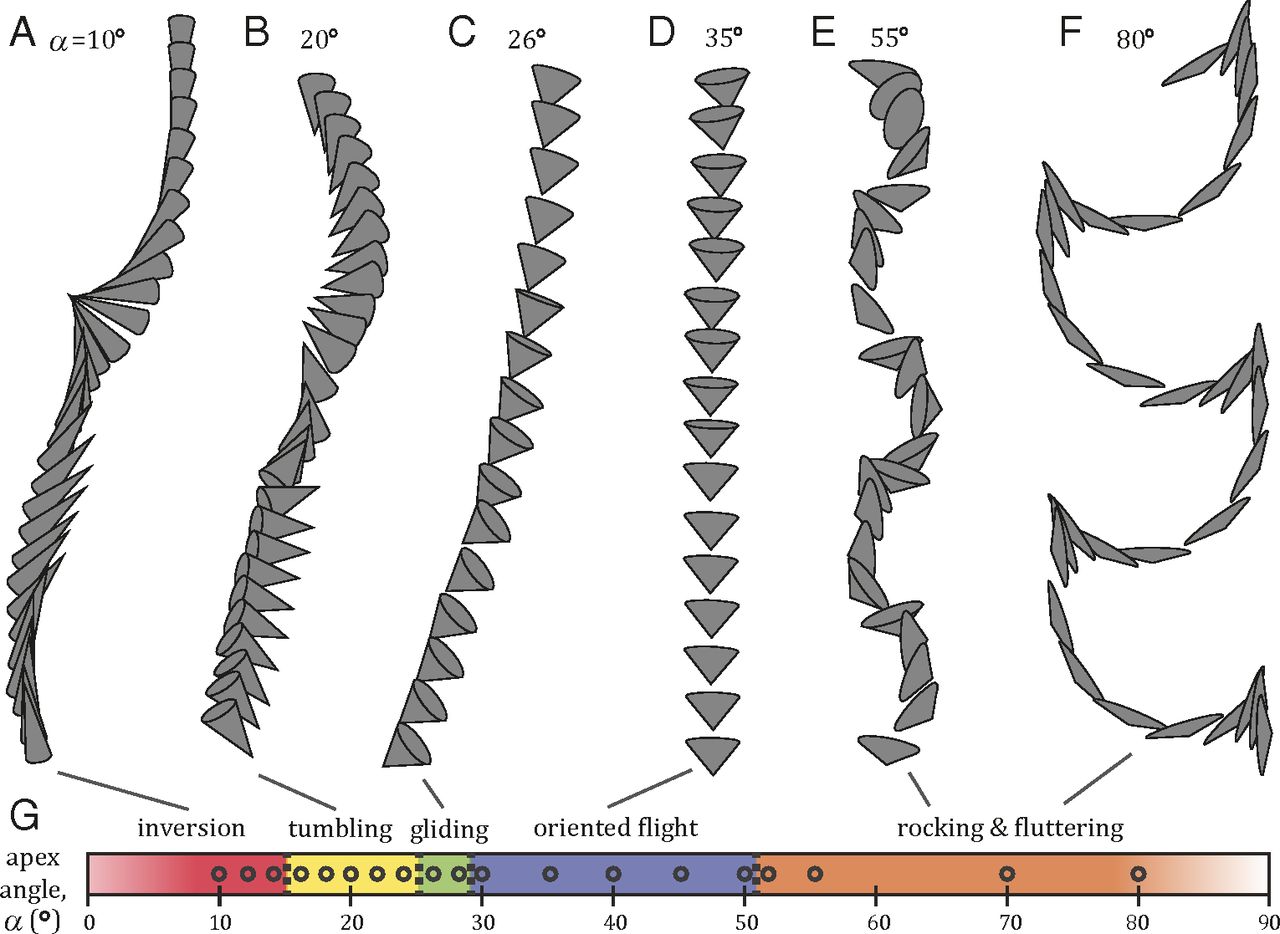 The results of the two complementary tests told researchers a story. “By showing how the shape of an object affects its ability to fly straight, our study sheds some light on this long-standing mystery about why so many meteorites that arrive on Earth are cone shaped,” explains Ristroph, who also guides a group of students at NYU’s Courant Institute of Mathematical Sciences.

“The shapes of meteorites are not as they are in space, since they are actually melted, eroded, and reshaped by atmospheric flight,” says Ristroph. “While most meteorites are randomly shaped ‘blobs,’ surprisingly many—some say about 25 percent—are ‘oriented meteorites,’ and complete samples of these look almost like perfect cones.”

Unlike the clay objects, actual flying meteoroids are not held in a fixed position and can freely rotate, tumble, and spin. The second set of experiments were designed to shed light on the question, “what allows meteorites to keep a fixed orientation and successfully reach Earth?”

“Slender or narrow cones flip over and tumble, while broad cones flutter and rock back and forth, but we discovered between these two ends are cones that fly perfectly straight with their point or apex leading,” says Ristroph. “Amazingly, these ‘Goldilocks’ cones of the ‘just right’ angles exactly match the shapes of eroded clay resulting from our experiments and of actual conical meteorites.”

“This procession not only helps us understand the cause of this phenomenon, but also extends our horizon from fluid mechanics to astrophysics,” says Zhang. “The one-year experiment serves as a connection between our preceding research on water erosion and the following study of dynamical processes within deep Earth.”

The meteorite replication study is one of several fluid dynamics studies that Zhang, Ristroph, and other have worked on over the last decade. Zhang says he and his collaborators have had a long-standing interest in fluid dynamics because ”it’s never trivial, it’s very relevant to our daily lives. We live in fluid; as air is also a fluid. Water is vitally important to life. Turbulence, flying, transportation, so many aspects of what we touch in life are relevant to fluid. So I’m naturally attracted to it.”