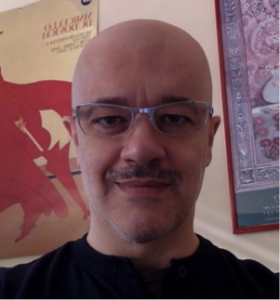 Pierluigi Contucci is Visiting Professor of Mathematics at NYU Shanghai. He holds a Ph.D. and an M.S. from the International School for Advanced Studies, Trieste, and a Laurea from Sapienza – Università di Roma.

Professor Contucci’s research interests are Mathematical Physics, Statistical Mechanics, and its applications. His books include Perspectives on Spin Glasses (Cambridge University Press, 2012). His work has appeared in Communications in Mathematical Physics, Journal of Statistical Physics,Annales Henri Poincare, Physical Review Letters, Nature Scientific Reports, and others. He also writes on scientific debates of public interest in magazines like Vanity Fair (Italy) and Il Mulino.

Professor Contucci is a Member of the Istituto Cattaneo. In 2000 he received the Schloessman Award from the Max Planck Society.