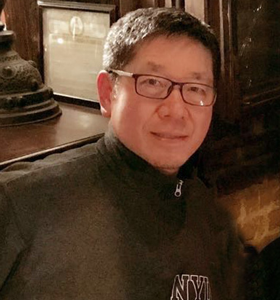 Jun Zhang is a Professor of Physics and Mathematics at NYU Shanghai and at NYU's campus in New York City. Since 2001 he has been the Co-Director of the Applied Math Laboratory in the Courant Institute of Mathematical Sciences. He holds a Ph.D. in physics from the Niels Bohr Institute at the University of Copenhagen.