At first glance, Ling Shuyang, looks more like a student than a faculty member, but his thoughtfulness regarding the social implications of trendy and growing field of  Data Science belie his youthful looks.

“Students who want to study data science should have a rigorous and complete foundation in mathematics, and a strong science background,” he says. “But we also look for candidates with a strong consciousness of social issues, who understand the impact that data science will have on society.” 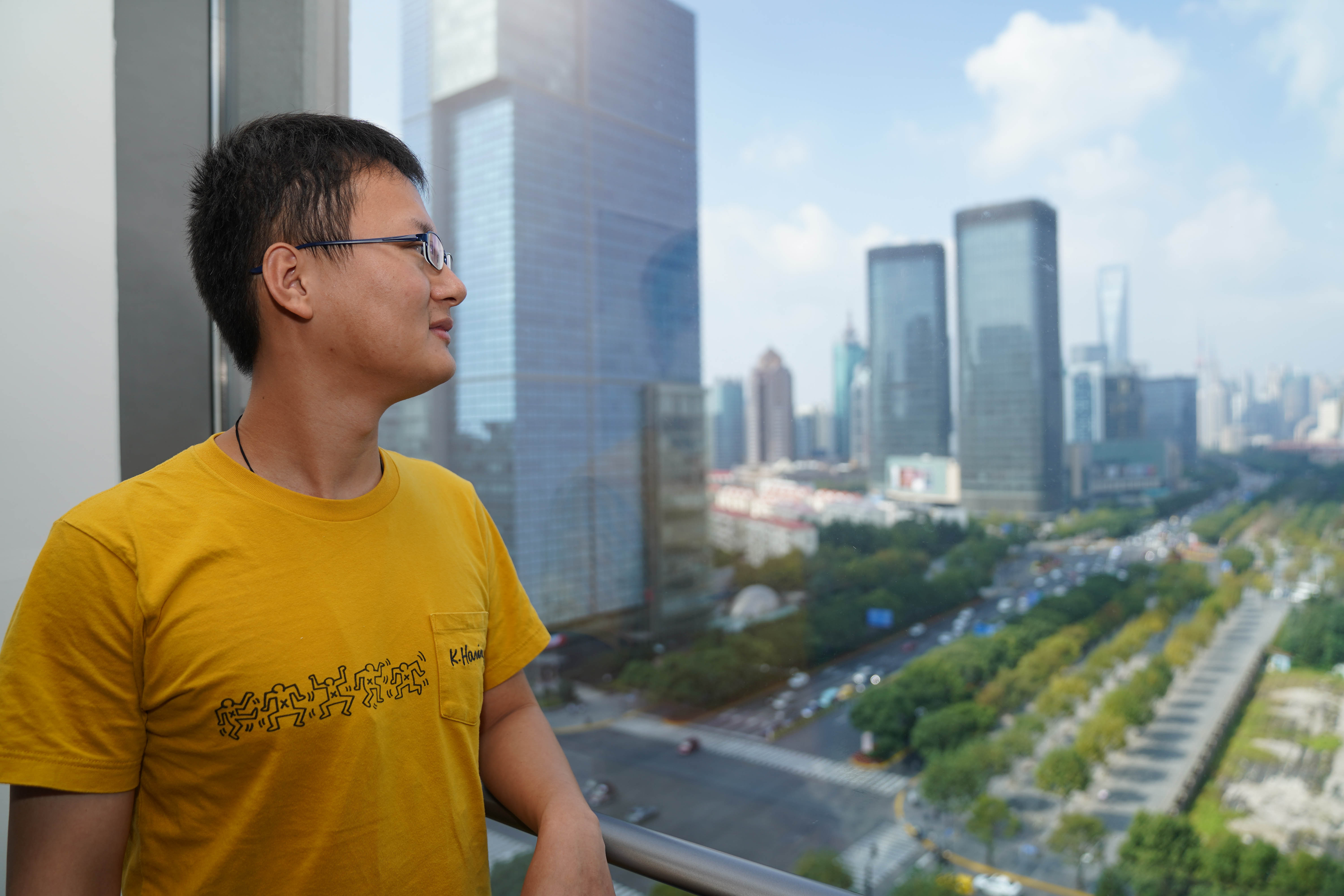 Q: You were a math major, what led you to data science?

A: It was kind of random chance actually. I didn’t have a clear idea of what I wanted for my career in high school, but I had high marks in the sciences, so I thought, “Well, math is a foundational field, so it’ll probably be useful for entering different industries,” so that’s why I chose math.

Later, I began exploring applied mathematics because all of my research interests related to engineering, computing, statistics, and other fields. I was able to access a larger academic community and meet people from my field.

Unlike pure math, which is quite theoretical, data science is motivated by solving real problems. For example, we explore how to improve user experience through big data. At the same time, there are a lot of issues that need to be addressed with mathematical tools, such as algorithms in data mining. I recently joined the NYU-ECNU Institute of Mathematical Sciences at NYU Shanghai, and I met so many top mathematicians, faculty, and visiting researchers in the field. I’m looking forward to working on interdisciplinary research with them in the future.

Q: The current trend for many industries is to use data to drive development, and we’ve all heard the term “big data.”  Can you explain the significance of data science to the world’s development in practical terms?

The biggest leap in data science in recent years has been the ability to access large amounts of data. Previously, you couldn’t obtain large amounts of clinical data or other types of data, but now you have massive databases on Taobao and the like, where usage data from billions of users constitute heretofore unseen amounts of data. When the amount of data that’s available increases by an order of magnitude, data scientists begin seeking methods to mine, process, and learn from the data.

Data science will drive development over the next two decades. This is like the advent of the steam engine, electricity, and the internet. It is driving a new industrial revolution. What will drive the economies of the future? I believe it’s data science. So you could say that data science fuels our era.

Q: What are some of the ways in which data science impacts society?

A: Big data makes our lives more convenient, but convenience is a double-edged sword. When you go online, your activities are recorded by cookies, which were designed to improve user experience, but inevitably, this information is exploited by companies. So I view privacy and convenience as a sort of exchange, you sacrifice privacy for more convenience, but the average user needs to understand this exchange.

When taken to an extreme, convenience actually hinders communication and interpersonal relationships. Nowadays, if I order food online, I end up eating it by myself. I can get a ride with an app, and I don’t need to talk to the driver. I can use a map app to find my way, so I don’t need to ask directions. Every interaction becomes one-sided. The effects of this are insidious, making our lives more “modular.” All of these apps are working in the background, invisibly matching us with resources and forming these habits for us. Our lives start to lose a sense of freshness and creativity, and products also become less diverse.

Big data also understands every single preference you have, and recommends purchases based on that information. The content you see becomes more and more tailored to you as an individual, but this is two-sided. You only see what you like, but it also puts blinders on you. You end up moving forward only in one direction, and you stop seeing things from multiple perspectives. Your opinions become more isolated and extreme. I often worry about this.

Q: Because data science is so hot right now, many other schools have launched majors in the subject. How does NYU Shanghai’s data science program differ?

A: NYU has pioneered data science research. It was one of the first universities in the world to set up an independent institute for data science research, and NYU Shanghai is able to access all of NYU’s resources. I’ve done research at NYU’s Center for Data Science, so I know there will be many opportunities for collaboration in the future. We’ll also be able to work on some of the issues at the frontier of this field and keep up with international trends.

On the other hand, Shanghai is at the apex of China’s economy, financial sector, and manufacturing sector, and NYU Shanghai is uniquely positioned to take advantage of all of these factors. We have opportunities here to engage with the city’s industries and enterprises, and to deal with some of the most salient questions facing China today.

In this way, NYU Shanghai lies at the intersection of East and West, benefiting from China’s fast-growing economy and America’s technological prowess.

Q: According to a 2018 McKinsey survey, there is a talent gap in the US for data analysts that numbers 140-180 thousand. With such a huge demand for talent, more and more people are pursuing data science as a course of study. What kind of qualifications do you look for in people who want to join this field, and what advice do you have for students considering a career in data science?

A: An understanding of computing algorithms is important. You should also know how to program, and have a firm foundation in the underlying mathematics, including calculus, linear algebra, and probability. But overall, data science is trending in all industries, because its applications are so wide. This means that the barriers for entry are lowering and it’s becoming more open to everyone. This broadening of horizons is also resulting in a more dynamic field.

Students who want to study data science should have a rigorous and complete foundation in mathematics, and a strong science background. But we also look for candidates with a strong consciousness of social issues, who understand the impact that data science will have on society.