Like everyone else, when Yves Le Jan steps outside, he notices the weather. Unlike everyone else, the renowned French mathematician may then proceed to ponder the random evolution of events that led to clear skies or a dappling of cirrus clouds.

Le Jan, a visiting professor of mathematics at NYU Shanghai, has a long-standing fascination with “Markov processes” -- any random evolution, such as the fluctuation of exchange rates, in which the future depends on the present state, in contrast with sequences of independent, random results like a dice-roll. 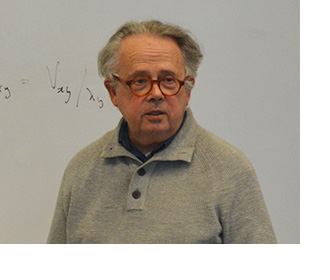 Markov processes have wide applications in areas such as biology and economics, and are used in statistical models of real-world processes --  the study of cruise control systems in automobiles, customer queues, exchange rates, and fluctuations in animal populations for instance.

After teaching a mini-course on Markovian probability at NYU Shanghai, Le Jan has embarked on a book project which will draw from his teaching, as well as decades of developments and personal research in the field.

“Markov processes are an important tool for understanding statistical physics. It is a basic concept in the mathematical theory of probability,” explains Le Jan. “Yet my research is more about how to use Markovian notions to explore some mysterious and unsolved difficulties which arise in trying to get a clear formulation of theoretical physics.”

Le Jan designed his mini-course to introduce probabilistic notions used in many processes in physics, especially in statistical physics and in the quantum theory of elementary particles, so that students could begin a study of these topics with a strong, rigorous foundation. The long list of topics covered in the five part mini-course included weighted graphs, Markov chains and loop measures, loop erasure and spanning trees, and the Gaussian free field. 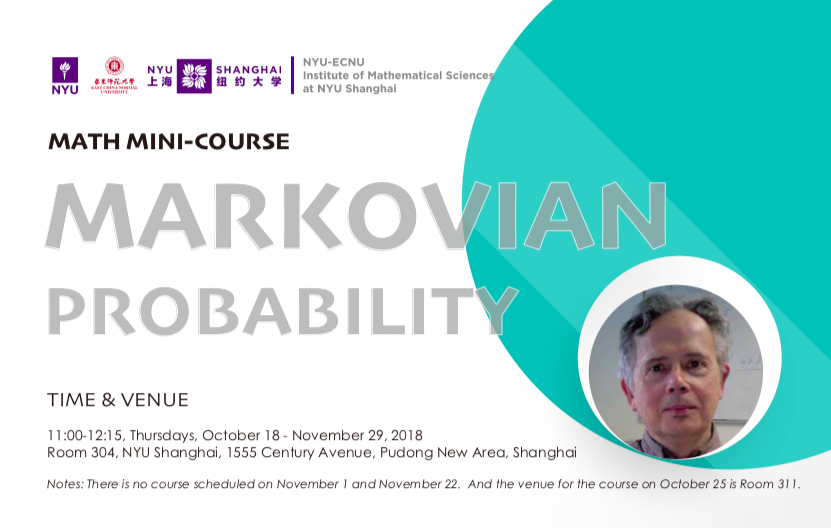 After receiving feedback from attendees that his mini-course had helped elucidate and offer a unifying perspective on a variety of topics that had seemed somewhat intimidating and unapproachable, Le Jan decided to take the framework of the course and expand on it in printed form.

“I’m reluctant to call my research area a ‘hot topic,’” says Le Jan. “When I hear that term, I’m sometimes reminded of the big fish that Hemingway's old man fished out of the sea. Too many sharks came to grab a chunk of it…. A breakthrough is like a big fish, many researchers have come to exploit it, but the most significant work is the search for that breakthrough, the preparation.”

So far, Le Jan has drafted three chapters of the book, which he hopes will “make some contributions to the development of a fairly old and long-lasting topic, and open new avenues for academic discussions.”

Next fall, Le Jan will teach an undergraduate course at NYU Shanghai about Stochastic processes, focussing mostly on Markov chains -- knowledge of which is critical to understanding the content of his book. Here, he hopes to nurture the seeds of future breakthroughs in mathematics. He will also continue participating in mini-courses and academic lectures at the NYU-ECNU Institute of Mathematical Sciences.

“There is not a French school or an American school in contemporary mathematical research. International cooperation is the trend,” says Le Jan. “From this perspective, China's prospects are quite impressive, and that is why I am here.”