Peeking into the Molecular World -- Xiang Sun on Chemical Physics

Molecules may seem like an abstract concept to some, but to Professor Xiang Sun, the behavior of a single molecule may hold the key to unlocking hidden truths about the macroscopic world. Sun’s research sits at the intersection of physics and chemistry, where people often find “larger patterns within the minutiae.”

Xiang Sun became an NYU Shanghai faculty member in 2018 after obtaining his PhD from Brown University and completing postdoctoral research at the University of Michigan. He is currently the Assistant Professor of Chemistry and NYU Shanghai PhD supervisor as well as a member of the NYU-ECNU Center for Computational Chemistry at NYU Shanghai. Professor Sun is interested in developing theoretical methods for dynamics in the condensed phase. His research has also been supported and recognized by the Shanghai Eastern Young Scholar Program from the Shanghai Municipal Education Commission, the Science and Technology Commission of Shanghai Municipality, and the Young Scientist Fund of the National Natural Science Foundation of China. 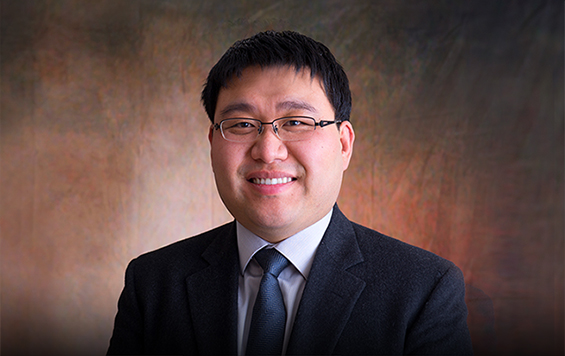 Q: What initially drew you to the field of chemical physics?

A: Like many young Chinese kids who grew up reading the popular science series One Hundred-Thousand Whys, I was determined to become a scientist and explore the secrets of the universe. I’ve always loved something that Richard Feynman said, which was, “There is a big difference between knowing the name of something and knowing something.” From my experiences with science, I find it immensely rewarding to uncover the significance and meaning of the natural world one step at a time, by employing scientific and logical approaches.

My endeavors with chemical physics started in college. I was very lucky to have the opportunity to study in the department of chemical physics at the University of Science and Technology of China, which was the only chemical physics program in China at the time. Chemical physics is a unique field in that it employs the principles of modern physics to investigate specific chemical systems and their practical applications by connecting experimental observations to theory.

Q: Can you summarize your current research in layman’s terms?

A: Generally speaking, we’re interested in how external excitation affects the dynamics of molecules in the condensed phase, such as how excess energy is transformed after matter has light shed on it, literally. On a microscopic scale, it is the study of how some molecules interact with surrounding molecules after absorbing light energy. Currently, we can accurately calculate the properties of a single molecule using quantum mechanics, but there are inherent complexities to this when it comes to more complex molecular systems.

Just as it is impossible to predict how a large group of people will behave based on knowledge of an individual’s behavior, when you study molecules in a solution or a condensed phase environment, many-body interactions will complicate molecular motions. So we employ theoretical calculations in an attempt to simulate the energy and electron transfer dynamics of such processes in complex systems. Understanding the microscopic mechanisms behind these processes helps us design renewable and high-efficiency energy materials, such as next-generation organic photovoltaic solar cells.

Q: Can you explain your research in more detail?

A: Quantum dynamics is actually one of the most challenging research topics in theoretical chemistry. In fact, simulating molecular systems with quantum effects, especially in condensed states, cannot be achieved by simply adding more computational resources. This is because the computational complexity of many-body interactions increases exponentially as you add more number of atoms to the equation. In order to deal with condensed-phase systems, we must make reasonable approximations.

For example, when we were developing a method for calculating photoinduced charge transfer rates based on Fermi’s golden rule, we started out by writing down the path integral expression of quantum mechanics and applied a linear approximation, resulting in a linearized semiclassical dynamical method. This method captures important quantum effects, such as the quantum tunnelling effect, while also applicable to large and complex systems at the nanoscale.

We are also interested in linking molecular mechanisms in solutions with experimental observables, so we’ve been developing computational methods for simulating ultrafast spectroscopy that measures transient dynamics following photoexcitation. These calculations help us understand molecular motions from spectroscopic signals, and allow us to achieve the goal of controlling such motions. 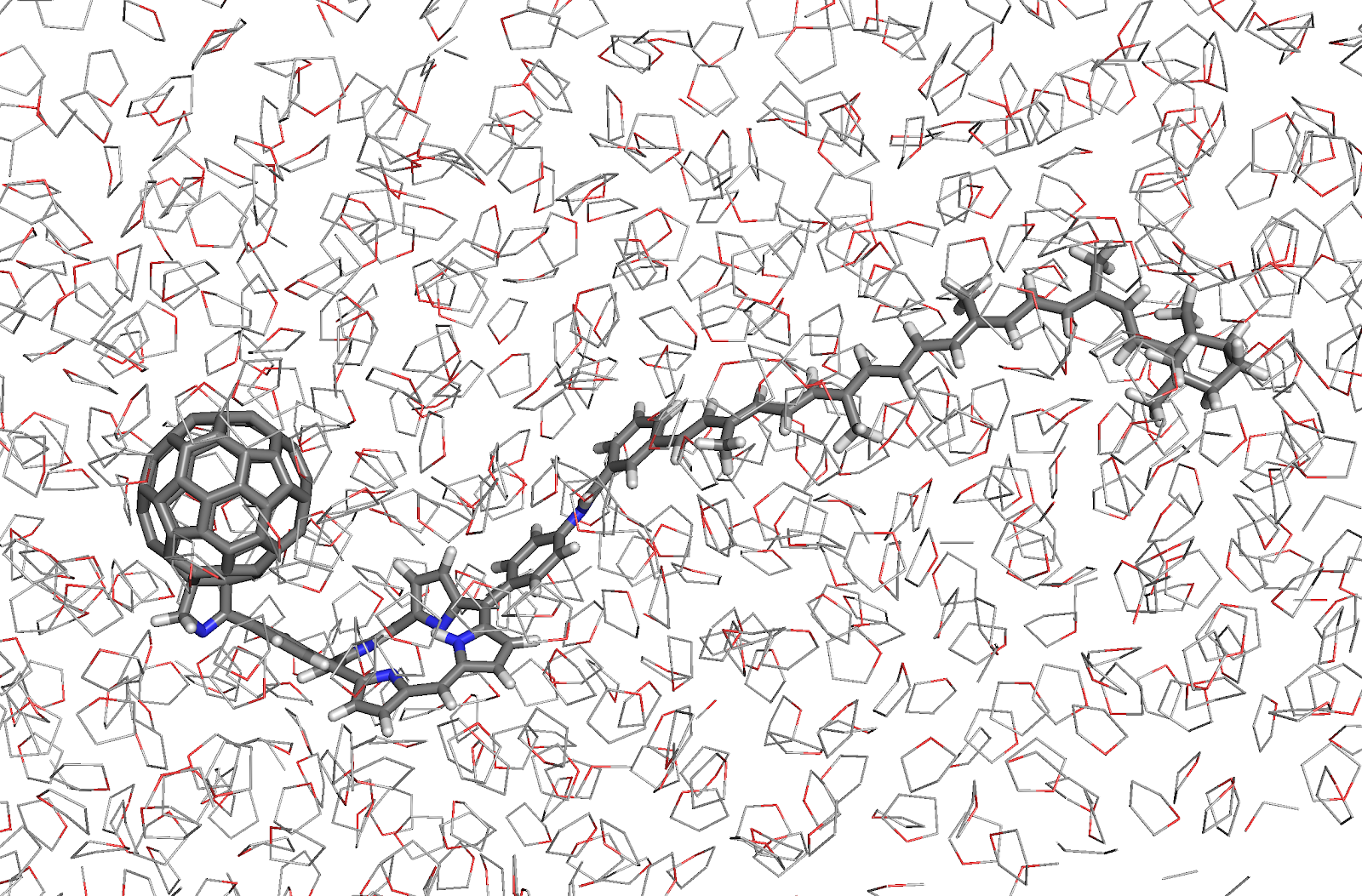 Q: Why did you choose to join NYU Shanghai?

A: As a scientific researcher, I was drawn to the open academic atmosphere at NYU Shanghai. NYU Shanghai also has close relationships with domestic and international researchers, universities, and institutes. The university brings together many excellent scientists across the world, and it’s also worth mentioning that many of these scientists are my colleagues at the NYU-ECNU Center for Computational Chemistry at NYU Shanghai.

The Center has gathered a group of theoretical and computational chemists with incredible credentials and distinct research interests. In addition, the Center has established great ways of interacting with other academic institutions, with close ties to New York University’s global network, as well as major universities and research institutions in China and abroad. We organize one academic symposium or conference every year, conduct workshops throughout the year, and often invite scholars from China and abroad to give seminars.

Q: What is your approach to teaching, and what plans do you have for student development?

A: Currently, I am teaching an undergraduate Foundations of Chemistry course and advising undergraduates on research at NYU Shanghai. I also participate in the NYU Shanghai-ECNU joint graduate program, which is open to students in Masters programs. This year, I’ve started supervising the NYU Shanghai chemistry PhD program.

I try to tailor my teaching to my students’ aptitude, which is a step-by-step process. Of course, I expect my students to have a solid understanding in mathematics and physics, but they don’t have to develop quantum dynamical algorithms from the very beginning. Students can start with small and interesting projects aligning with their interests, which can be computer simulations of the motions of classical matter -- these can vary in size from atoms to celestial objects. Through this process, our students will develop many scientific skills, including mathematical modeling, computer programming, and the application of classical physics, which will lay a solid foundation for quantum dynamics.

In fact, most sophomores who have studied mechanics will have enough background knowledge and ability to undergo this type of training. “Reinventing the wheel” seems like a slow and tedious process, but after a foundation is built, we can increase complexity quickly. It’s like learning a musical instrument. You begin by practicing the melody at a slow tempo, and gradually increase your speed and complexity. This will take much less time than starting with a fast tempo.

If you’re interested in doing research with us (wp.nyu.edu/xiangsun), please feel free to reach out.