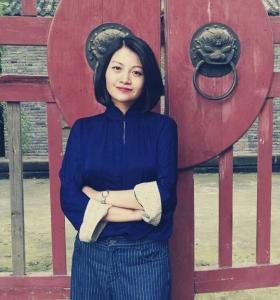 Kunbing Xiao is Associate Professor of anthropology at Southwest Minzu University, Chengdu, Sichuan. She received her PhD from Xiamen University.

Kunbing Xiao's research interests include historical anthropology, sensory anthropology, cultural heritage studies, and the history of tea trade in modern China. She has published two monographs and over 40 essays. Her book titled 茶叶的流动:闽北山区的物质、空间与历史叙事 Materials, Spaces, and Histories: Tracing the Circulation of Tea in the Mountainous Region of Northern Fujian（1644～1949）（Beijing University Press, 2013） is a study of Chinese tea trade, particularly the Bohea variety, between the 17th and 19th centuries in the context of modern globalization. It focuses on the embodiment of technology, environment, as well as the symbolism of tea-making. Her second book is titled Strolling through the Flora: A Historical Anthropological Study of Ancient Tea Plants in Guizhou 人行草木间:贵州久安古茶树的历史人类学考察 (Guizhou Renmin Press, 2013).

Kunbing Xiao will be the CGA-ARC postdoctoral fellow for the 2017-2018 academic year.