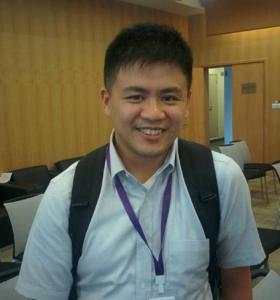 Ka-Kin Cheuk is a social and cultural anthropologist whose research and teaching interests revolve around transregional mobilities, transnationalism and migration governance, global commodity chains, as well as environment and sustainability, with ethnographic focuses on China, Hong Kong, South Asia, and the Netherlands.

His on-going book project is an ethnographic study of a third-tier Chinese city called Keqiao. Located in eastern Zhejiang Province as a municipal district, Keqiao is not only a global trading frontier in Asia, but also a ‘Little India’ in China. Its wholesale market accounts for one-third annual turnover of China-made fabrics - the semi-finished textiles that are industrially weaved, knitted, embroidered, dyed, and printed in China before being exported to over 180 ports around the world. This makes Keqiao one of the major textile trading centers in Asia. In Keqiao, over 30,000 foreign traders have established intermediary trade business, with most of them coming from India, Pakistan, South Korea, Afghanistan, and several Arabia and Central Asian countries. In the local fabric market, Indian traders have established a particularly vibrant trade economy, in which they are exporting a large amount of fabrics to not only South Asia, but also Southeast Asia, Middle East, Eastern Europe, Western Africa, and South America. Based on two-phased, long-term fieldwork in 2010-2012 and 2016-2017, this project aims to explicate the significance of such Indian-Chinese trade in terms of transnational connectivity and global economic influences.

Ka-Kin is currently developing a new research project on the flower industries and its transnational circuits of environmental morality. The rapid growth of consumer market in China has re-oriented the global flower trade. With the rise of China as a lucrative market for high-end western products, Dutch tulips, daffodils, and other bulb flowers become increasingly sought-after by the Chinese consumers. This research is set to examine how such trade development mediates the everyday notion of ‘sustainability’ in both China and the Netherlands. As such, the research aims to theorize the ethics of sustainability and economic transnationality in the China-Netherlands flower trade.

He completed his DPhil in Social and Cultural Anthropology at the University of Oxford, where he now holds a position of Post-doctoral research associate. During his doctoral studies at Oxford, he was a Swire Scholar at St. Antony’s College and a research student affiliated with the Centre on Migration, Policy and Society (COMPAS). From 2012 to 2013, he was the chairperson of Oxford Migration Studies Society (OMSS), during which he convened the inaugural Oxford Migration Studies Society Conference in May 2013. Prior to joining NYU Shanghai, Ka-Kin was a Post-doctoral Researcher at the Leiden University’s Institute for Area Studies (LIAS), where he remains as a research member of the Europe-China interdisciplinary research consortium ‘Immigration and Transformations of the Chinese Society’ (2015-2018). More details about the consortium can be found at https://www.universiteitleiden.nl/en/research/research-projects/humanities/immigration-and-the-transformation-of-chinese-society.