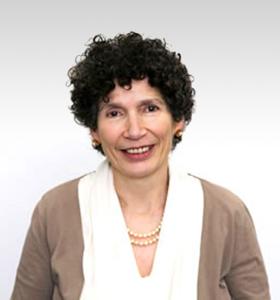 Provost and Professor of History

Joanna Waley-Cohen is the Provost for NYU Shanghai and Julius Silver Professor of History at New York University, where she has taught Chinese history since 1992. As Provost, she serves as NYU Shanghai’s chief academic officer, setting the university’s academic strategy and priorities, and overseeing academic appointments, research, and faculty affairs.

Her research interests include early modern Chinese history; China and the West; and Chinese imperial culture, especially in the Qianlong era.

She has received many honors, including archival and postdoctoral fellowships from the American Council of Learned Societies; Goddard and Presidential Fellowships from NYU; and an Olin Fellowship in Military and Strategic History from Yale.

Waley-Cohen's books include The Culture of War in China: Empire and the Military under the Qing Dynasty (I.B. Tauris, 2006); The Sextants of Beijing: Global Currents in Chinese History (W.W. Norton, 1999); and Exile in Mid-Qing China: Banishment to Xinjiang, 1758-1820 (Yale University Press, 1991).  Her current scholarly projects include a revised history of imperialism in China, a study of daily life in China c.1800, and a history of culinary culture in early modern China.