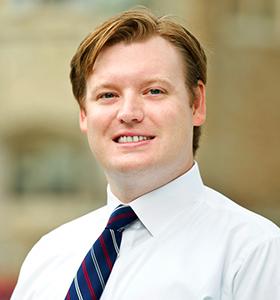 Ivan Willis Rasmussen is an Assistant Professor of Practice in Political Science at NYU Shanghai. Prior to joining NYU Shanghai, he was a Visiting Assistant Professor of Government at Hamilton College and a Research Fellow with the International Security Program at Harvard Kennedy School’s Belfer Center. He holds a Ph.D. from Tufts University (the Fletcher School) along with a Masters degree also from Tufts and a B.A. from the Woodrow Wilson School of Public and International Affairs at Princeton University.

Professor Rasmussen’s research interests are international relations, comparative politics, and Chinese foreign affairs.  His research has appeared in the Asian Journal of Public Affairs and the Chinese Yearbook of International Law and Affairs.
Professor Rasmussen has taught and researched at a variety of institutions including Hamilton College, Tufts University, Harvard Kennedy School, Boston College, and Renmin Daxue (People’s University in Beijing). He previously worked for the US Department of State, Duke University/Gates Foundation, and the RAND Corporation. Professor Rasmussen is a member of the American Political Science Association, International Studies Association, and Association of Asian Studies along with acting as a reviewer for various journals such as International Security. More background information, research, teaching evaluations, and CV can be found on his website below.