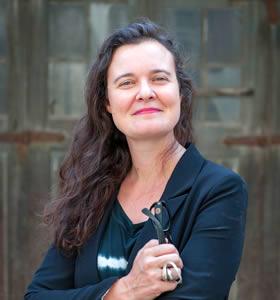 Francesca Tarocco is associate professor of Chinese religious and visual culture at NYU Shanghai. Prior to joining NYU Shanghai, she was assistant professor of Chinese history and Buddhist studies and the Leverhulme Trust Research Fellow in Chinese Studies at the University of Manchester. She holds a PhD from the School of Oriental and African Studies and an MA from Venice University.

Tarocco’s research interests are in the religious history of China, Chinese Buddhism, and urban Asia. Her books include The Cultural Practices of Modern Chinese Buddhism: Attuning the Dharma (second edition, 2011) and The Re-enchantment of Modernity: Buddhism, Photography and Chinese History (2015). Her scholarly articles include “The City and the Pagoda: Buddhist Spatial Tactics in Shanghai” (2014), “Terminology and Religious Identity: The Genealogy of the Term Zongjiao,” (2012) and “On the Market: Consumption and Material Culture in Modern Chinese Buddhism” (Religion, 2011).

Tarocco is a cofounder of the Shanghai Studies Society and a fellow of the NYU Global/Asia/Pacific Art Exchange at the A/P/I Institute, New York University. She is the recipient of awards from the Leverhulme Trust, the Sutasoma Foundation, and the Chinese Ministry of Education, among many others.