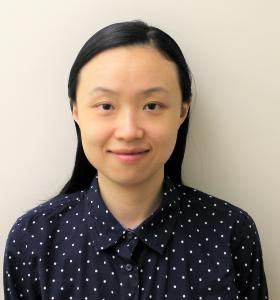 Di Luo’s research focuses on Chinese architecture and its many intersections with art, archaeology, religion, literature, and material culture.

Her first book project, A Grain of Sand: Buddhist Architecture in Miniature, adopts an Intra-Asian perspective to the phenomenon of miniature-making in Buddhist art and architecture in premodern China and its neighboring areas. The examples she examines encompass miniature shrines, baldachins, sutra repositories, model pagodas, reliquaries, architectural drawings, ceiling domes, and grave goods. They offer new understandings to the cross-cultural exchanges in Asia’s past especially between India, China, Korea, Japan, and Southeast Asia, highlighting not just the dissemination of religious ideas, images and texts, but also issues regarding building technologies, trade, military conflicts, and diplomatic activities.

In the 2017-18 academic year, Di will conduct fieldwork in the Buddhist monasteries in Beijing and Sichuan while she work on an article on the “dome of heaven.” She will explore the transmission of certain ceiling-building technologies along the Silk Road, their localization and adaptation, and the symbolic meanings and religious rituals associated with particular forms and geometric designs of the dome. She will present her research at UCLA, Drexel University, and at the annual conferences of the College Art Association and the Society of Architectural Historians.

Di received her PhD in East Asian Languages and Cultures from the University of Southern California (2016) and her Master’s degree in Architecture. Before joining the CGA, she was a Visiting Assistant Professor of Asian Art at the University of Pittsburgh. She has received fellowships and grants from the Center for Global Asia at NYU Shanghai, SAH, USC, the Metropolitan Center for Far Eastern Art Studies, and the Harvard-Yenching Library. Her work has been included in several publications in the United States, China, and Taiwan.